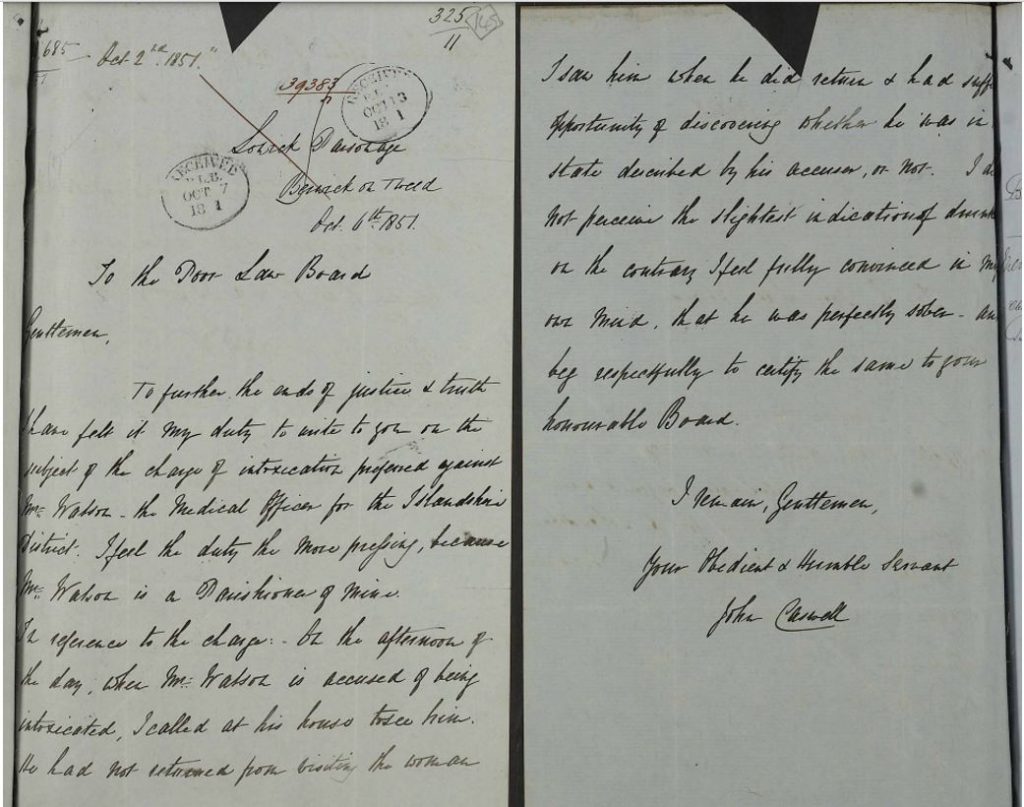 After finding out about Joseph’s exploits in Australia, I wanted to establish why he came to Australia in the first place, leaving his young family behind in England.  He was away for 7 years, and never met his youngest daughter, who was born after he had arrived in Melbourne.
The first clue came from a search of English Newspapers, specifically this clip from the Berwick & Kelso Warder in Nov 1851.

From this article in the Berwick & Kelso Warder from 28 Nov 1851, it suggested that Joseph Watson was employed by the Poor Law Union, which administered poor relief and oversaw workhouses in Victorian England.    Poor Law Unions were managed by a board of Guardians who met weekly to manage the distribution of poor relief and services to the paupers of their local area.   This included medical services by a medical officer employed by the Poor Law Union.   Joseph Watson, after graduating as a surgeon from Edinburgh University in 1841 was employed in this role as Medical Officer for the Berwick Upon Tweed & Islandshire Union. Why was he forced to resign ?

I tracked down minutes of the Poor Law Guardians in Northumberland in the UK National Archives, and this finally answered the question of why he left Northumberland and went to Australia.     The archive contained records of an investigation into neglect of a patient by Joseph Watson, whilst serving as the Medical Officer.   The charges were concerning the death of a pauper, Elizabeth Allen who had fallen ill and repeatedly requested the services of Dr Watson.     The patients daughter gave evidence at the disciplinary hearing that she had received an order from the Relieving Office of the Union that instructed Dr Watson to attend to her mother on the Friday, but that he did not attend to her until the Sunday after repeated requests for him to come urgently.    When he did finally arrive on the Sunday afternoon, he was incoherent and drunk, and this was also confirmed by other witnesses.     He prescribed the patient, who had severe asthma a bottle of whisky, however she died 3 days later.

Dr Watson vigorously defended himself, stating that he was not drunk and claimed that he found the patient, aged about 60, suffering from asthma and thought that she could not live for many more days. The patient told him that the only relief she could get was from whisky, hence the order was given.    He denied the charge of being intoxicated Mr Watson stating that he spent the evening with the Reverend John Caswell, clergyman of the parish, who would testify that he was not intoxicated.   I later found out that this same clergyman was in fact his brother-in law (see main image).

Upon reviewing the circumstances and considering the inconsistencies of evidence given under oath, the Guardians resolved that Dr Watson should be dismissed as Medical Officer.   All the minutes and official correspondence in the 1850’s was hand-written, so this required some time in deciphering many styles of handwriting, but it was definitely worth it.    There are further reports of Dr Watson’s resignation in December 1851 and replacement by a new Medical Officer for the District. This seems the likely reason, he left England to be come a Ships surgeon and travelled to Australia in 1857.     After 7 years in Australia, it appears he was contemplating returning to his family in England, presumably now that enough time had passed for the scandal not to be an issue any longer. 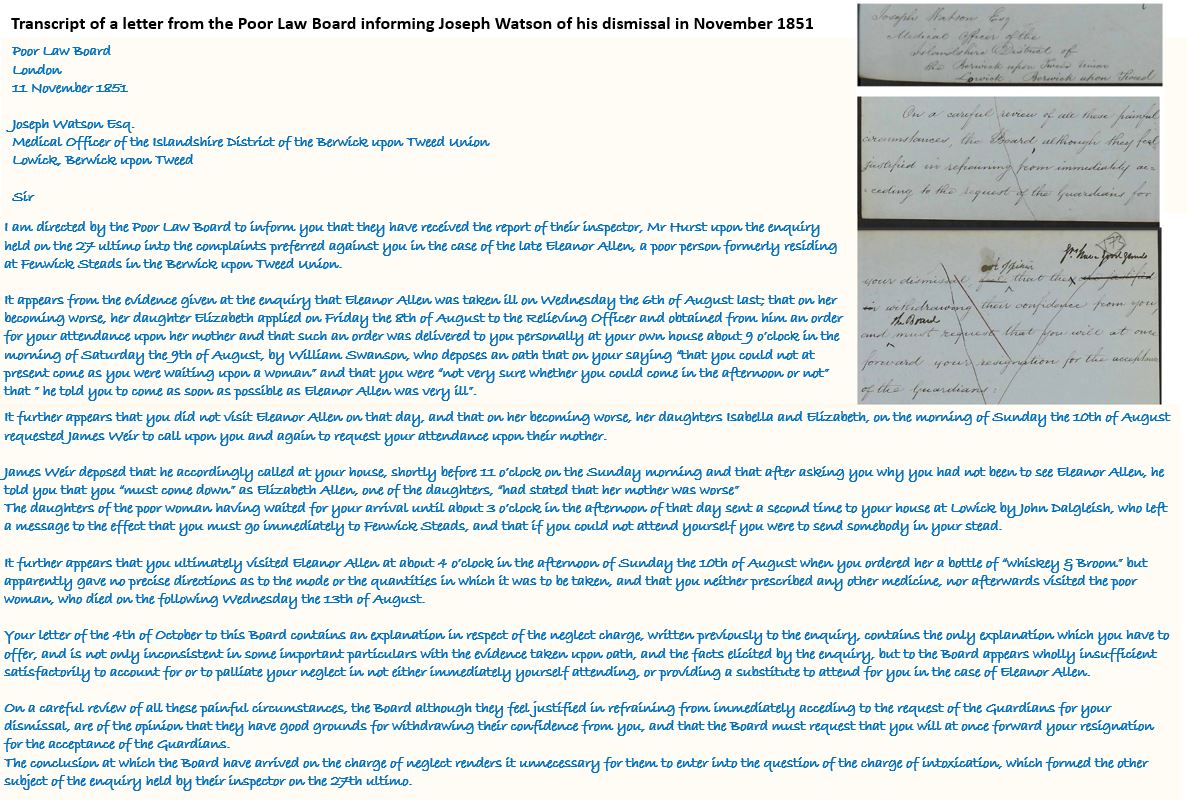