Melbourne 1857 - My 2x great grandfather landed here on 11th July 1857. He was employed as a ship's surgeon on board the 'William Eyre", after having being fired from his job as medical officer for the Islandshire district in Northumberland (for being drunk whilst treating a patient). 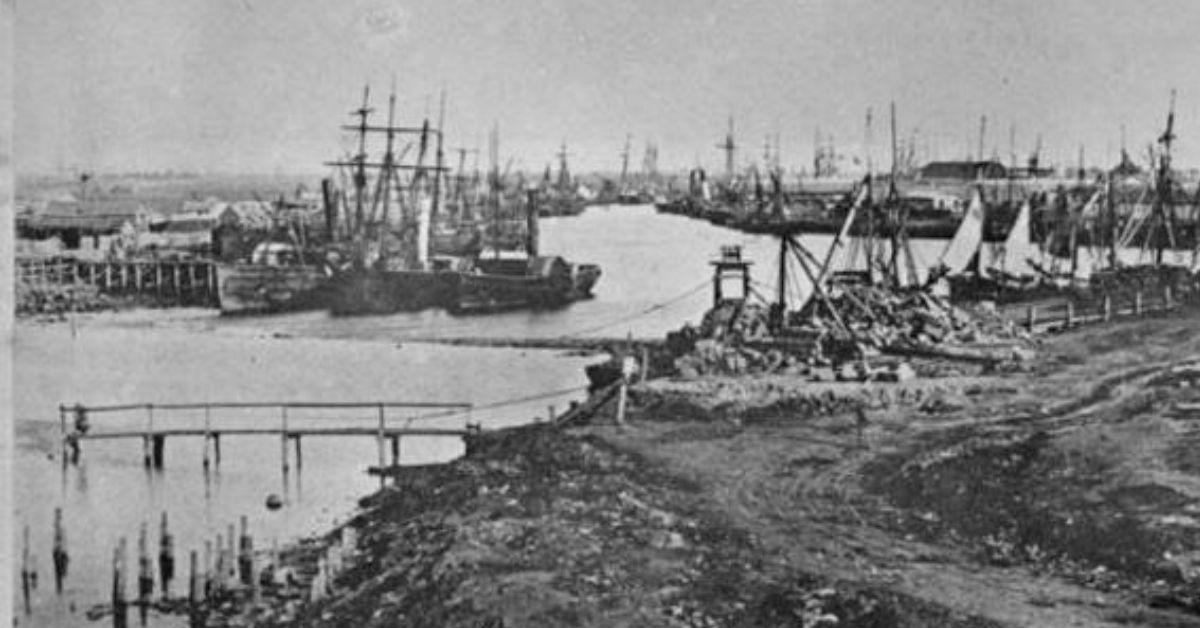 This weeks 52 ancestors blog is about my maternal 2x great grandfather, Joseph Watson. His story was one of the principal reasons that got me interested in genealogy and family history.
When I started researching our family history, all I knew of him was from a copy of a letter from him to his wife in Holy Island, Northumberland from Melbourne, Australia in 1857, where he described the early settlement.

“It was the middle of winter when we arrived here but fine weather such as we have in England in May or June. Now the spring has commenced the weather is getting very hot during the day but cold at night after the sun sets. You would be surprised to see the houses here all built of wood and canvas tents in a sandy desert or in the brush surrounded by small trees. The canvas tents in the brush which contains large families are not half the size of the room you live in. House rent is very high here. You cannot get a little wood cottage here under 15/ or 20/ a week and neither wind nor airtight.

I later found a reference that he had died in Wollombi, a town about 130km north of Sydney in 1864, some 7 years after this letter was written, so ordered a copy of his death certificate.

I was puzzled as to why he remained in Australia for 7 years, leaving behind a wife and young family in England, and this led me to exploring Trove, an incredible resource of historical newspapers from Australia.

As I now knew his date of death, I was able to search local newspaper reports from the area and eventually found an article in the Maitland Mercury from February 1864.

This article mentioned that some weeks previously, he had “been ailing ever since his leap from the second story of the Sportsman’s Arms Inn”

What??? This was the trigger that got me hooked. I had to find out the backstory behind this comment. It took me a few years before I finally learned the whole story, but it started with finding an old photograph of the Sportsman’s Arms Inn in Maitland. I then trawled through old newspapers, finding other reports of his life in Wollombi, where he worked as the local doctor that included riding through the night to attend to a boy who fell down a well, or another who was kicked by a cow …. But nothing to explain why he leapt from the 2nd story of the Maitland Hotel!!

There was even a reference to him being imprisoned for a month for stealing spirits from a pub!
I had many theories as to why he might have leapt from the 2nd story if the Inn … Was he surprised by the angry husband of a female companion? Was he in Maitland to see a patient? Was there alcohol involved (I had found many other stories suggesting this to be a strong possibility including some historical evidence that the reason he left England to work as a Ships surgeon, was that he had suspended from his job as a medical officer in Holy Island due to being found drunk whist treating a patient in Northumberland in 1851?

I think the early optical character recognition technology used by online databases improved substantially over the period I was searching Trove, and one day by chance my searches for his name hit an article in The Maitland Mercury from March 1863 that described the incident in full, and the dangers of sleepwalking in an unfamiliar place!

“The doctor it appears is in the habit of walking in his sleep, and his own bedroom at the Wollombi being on the ground floor, it had been his custom to walk in and out without hinderance. Fancying, in his sleep, that he was in his own house, the doctor seems to have got up and walked out of the window, which is some 12 to 14 feet from the ground.”